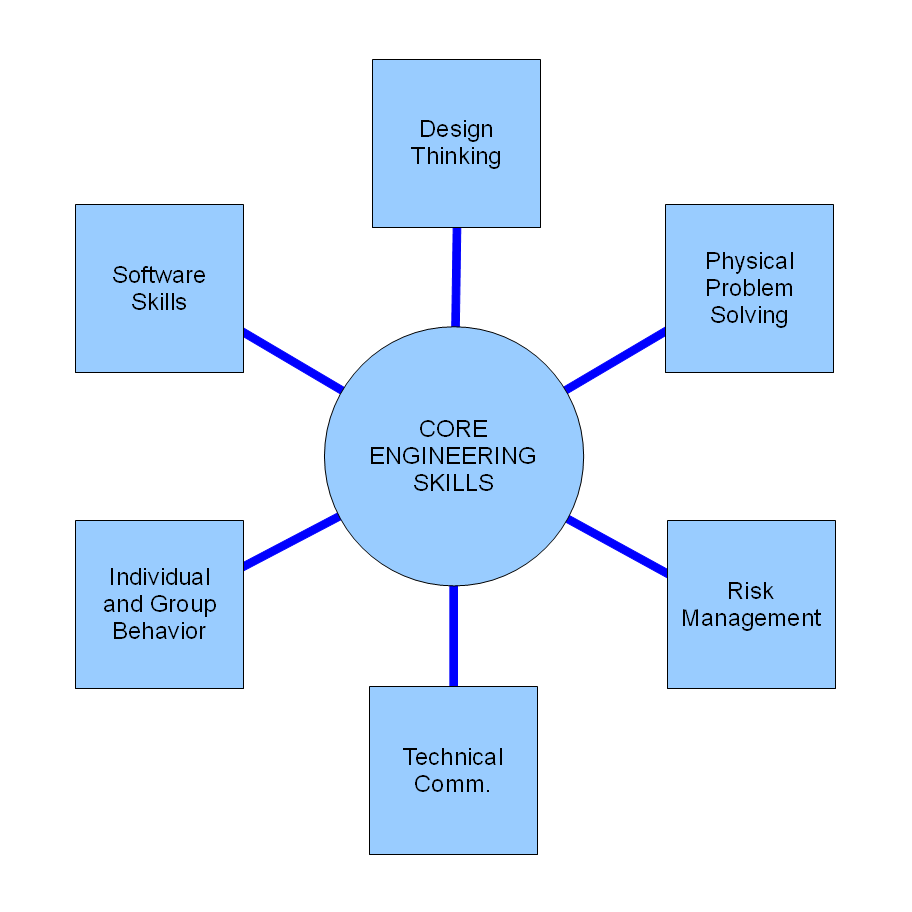 While trying to get more informed on how engineering education can be improved, I thought I’d post my “newbie” perspective on what subject material needs to be added to the core engineering curriculum. As illustrated above, there are at least six areas that I think deserve greater attention. These are, in no particular order:

So what is going to be thrown out of the core engineering curriculum to permit these courses to be taught? My current thought is that there must be a way to more quickly bring students up-to-speed. Perhaps the “lecture, study, homework, test” cycle of traditional education can be improved upon. If so, I bet the solution will rely heavily on the six skills areas outlined above.